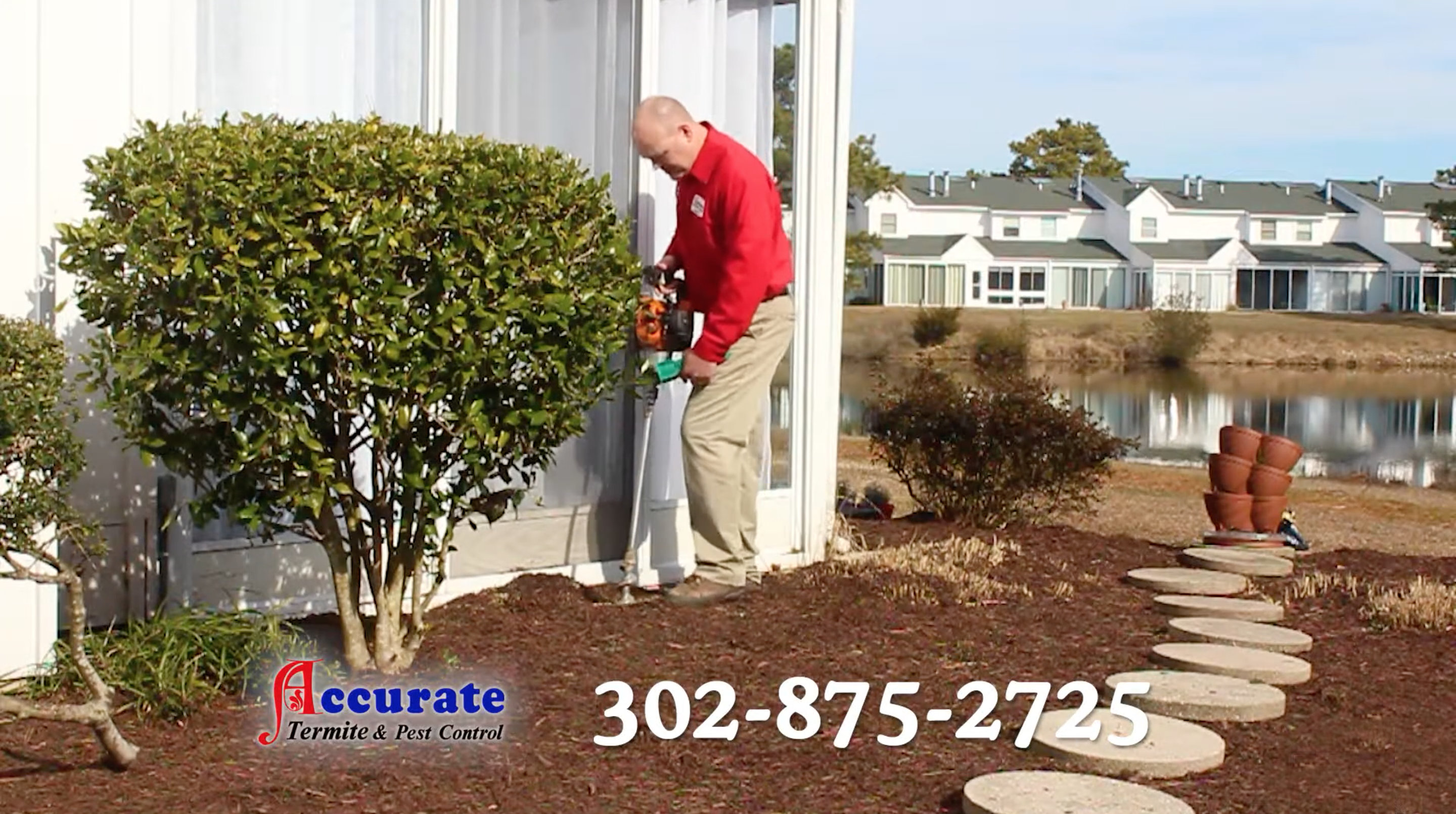 Termites outweigh humans on earth, and cause more than $ 5 billion dollars in damage to homes and structures every single year. Termites are social insects that live in family groups called colonies. They communicate with each other by means of smells called pheromones. Termites can be loosely categorized by nesting area, namely Drywood, Dampwood, and Subterranean. Here on Delmarva, we have the Subterranean Termite exclusively. Termites have a caste system where the labor is divided into soldiers, workers, and reproductives, with the main reproductive being called a queen.

Termites are soft-bodied insects, generally whitish or cream-colored, and during the swarming (mating) season they appear as brownish or black winged insects vaguely resembling flying ants. Romans called termites "woodworms." In nature, termites are very helpful and necessary, as they recycle fallen wood and stumps, as well as aerate the soil.

Accurate Pest Control uses exclusively the Sentricon Colony Elimination baiting system for the prevention and treatment of subterranean termites. Sentricon is the number one brand in termite protection, and its effectiveness has been repeatedly and consistently demonstrated by multiple university and collegiate-level independent scientific studies.

The Sentricon system uses an integrated pest management (IPM) approach to eliminate termites. Our team of certified Sentricon Specialists will inspect your home and install a series of green plastic pods around your home or business. Each pod will contain an insect growth regulator (IGR) called Noviflumuron. He or she may also place some above-ground station boxes (AG's) in or around your home or business.
As the termites eat the bait and share it with their colony-mates, they spread the IGR around. When they go to molt their shells, they are unable to make their new shell, and they perish. As more and more of the worker caste perish, the rest of the colony starves.

Another wonderful feature about the Sentricon system is that it is non-toxic to humans and pets, as well as plants.